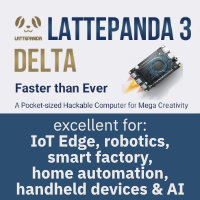 The SunFounder IceCube is a brilliant little cooler for the Raspberry Pi series of computers. It offers the best cooling performance on the market at a very affordable price.

We’ve already the overheating tendencies of modern SBCs a few times in the articles we’ve written in the past. Seriously, these little powerhouses need some sort of cooling – be it passive or active – to retain their peak performance for a reasonably long time.

Some of them come with stock heatsinks, while others don’t. The latter group is thus often left by most users to overheat and throttle, seriously lowering performance. Sitting at a not-so-nice toasty 80°C, while technically safe, is not the best practice and certainly does not do any good to the CPU.

Most solutions for cooling single-board computers come in one of two flavours: a small heatsink or a small heatsink with a fan bodged atop. While this is reasonably effective for low-TDP SoCs, it leaves a bit to be desired, especially when overclocking.

SunFounder had something different when they sent us the Raspberry Pi 4 IceCube cooling solution. It’s a proper little heatpipe-based system with a radiator and an RGB (everything has to be nowadays) fan. It looks like a miniature version of a proper desktop cooling setup – and it’s adorable. The mounting was pretty straightforward – as the cooler holds itself suspended on four arms right above the CPU, RAM, ethernet controller and the USB controller. The IceCube uses rather thick thermal pads to couple the bottom of the heatsink – which does make using thermal paste a bit of a challenge – but in our tests the provided thermal pads worked a treat!

The entire setup is vertical, which means that the Pi won’t fit many cases with the cooler on. Luckily, an acrylic backplate is provided in the box to prevent any damage to the electronics from static or accidental shorts.

Now – onto the important stuff – the cooling performance. This is where the IceCube truly shines. Using stressberry to max out the cores on the system in a 22°C ambient temperature environment, we’ve maxed out at 37°C after 5 minutes on stock clocks; 41°C after 5 minutes on a 1950MHz OC; and 45.8°C on a 2147MHz OC.

These results are seriously impressive – especially when noting that a 2147 MHz overclock requires almost 0.15V of over-voltage (6 steps) and pushes the thermal envelope from a nominal 7W to 11W – while simultaneously increasing performance by around 30%. Common Pi cooling solutions usually don’t manage to keep the Pi below 60°C during an overclocked stressberry test – and given the inverse relationship between overvoltage and maximum allowed temperatures – that’s a bit too close to the thermal lockout temperature for comfort.

The fan can be powered both from the 5V rail (default) or the 3.3V one, for quieter, albeit less effective performance. It’s not loud at all either way, though (in fact, it’s really, really quiet) – so we recommend leaving it on the default 5V pins.

And for those that don’t like the ostentatious RGB fan, a more down-to-earth black unit is also included in the box. All of the basic tools required for assembly are also there in the box, including a spare set of thermal pads (how well these pads hold up years of use is still to be seen, but for now there’s no signs of any degradation or oil leakage).

Overall, the IceCube is hands-down the most effective cooler for the Raspberry Pi 4. Its copper heatpipe design and massive radiator coupled with a powerful and silent fan pack a huge punch. While the large vertical design might be somewhat of a challenge to design around, there’s no other drawbacks – so if space isn’t an issue, the SunFounder IceCube is the definitive Pi cooler – and the $19.90 price point at the time of writing only sweetens the deal further.